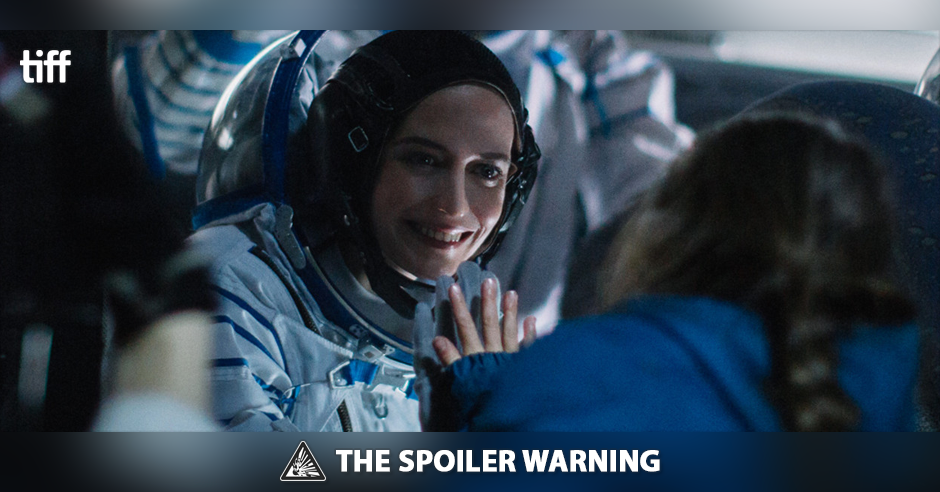 Synopsis: Sarah (Eva Green) is an astronaut who has just been selected to spend a year on the ISS. As she prepares for her mission, she struggles to balance the inherent isolation (of training and space) with the need to connect with her 8-year-old daughter.

My take: In the last 12 months or so, I’ve seen plenty of movies about space travel: Ad Astra, Apollo 11, First Man, Lucy in the Sky. They nearly always hone in on some fundamental loneliness or obsession or both — the limitless potential (whether terrible or ecstatic) of Up There jutted up against the daily comforts (whether yearned for or rendered inconsequential) of Down Here. All of them have one thing in common: their eyes are fixated upwards. Proxima carves out a humbler path, in that its concerns are almost entirely terrestrial. Not “What would drive someone to go Up There,” but “What might someone in this situation be giving up here on earth? What will life be like for them when they return?”

Sarah is never a symbol or hyperbole. She’s a loving mother and, also, an astronaut. She doesn’t long to feel the cosmos “Blow her mind” (a la Portman’s Lucy), nor does she see them as an avenue for escape (Gosling’s Armstrong) or redemption (Pitt’s McBride). She’s a scientist and a hard worker, driven by awe and ambition but never blinded by them. And what I love about that, about her fundamental humanity, is that it gives us a window into the more delicate, human sacrifices which the blockbusters paper over. How it might feel to miss a year of your child’s life aboard the ISS; how exhausting it must be to parent from a distance with a job that demands singular focus; how sad it must be to train in isolation for 14 straight hours only to return to a crackly Skype connection and a daughter who (as is the case with any 8-year-old) suddenly isn’t in the mood to talk. Rendering in cosmic-scale that gnawing feeling so many career-oriented parents must face: how can I demonstrate my love when I feel like I’m constantly being pulled outward? As Sarah’s colleague opines, “There’s no such thing as a perfect astronaut; just like there’s no such thing as a perfect mother.” No such thing as a perfect anything, and isn’t that the source of so much of our stress?

There’s no such thing as a perfect movie, either, and Proxima has its fair share of flaws. While the core family unit is given wonderful depth (Eva Green acts her heart out in at least four languages, and the young actress who plays her daughter is absolutely delightful), the characters orbiting them are fairly two-dimensional. The pacing is sometimes a bit too meandering for its own good. And a third act plot twist strains credulity, yielding to the exact impulse I’d so loved this film for resisting: going too big, too outlandish, literalizing a desire we already understood in the abstract. But the film’s heart is so pure, and Alice Winocour’s direction so tender, I can’t bring myself to fault it for long. Before you watch the next big Sci Fi, spend a few hours down on earth with Proxima. It’s well worth the time.

Pairs with: First Man, Lucy in the Sky