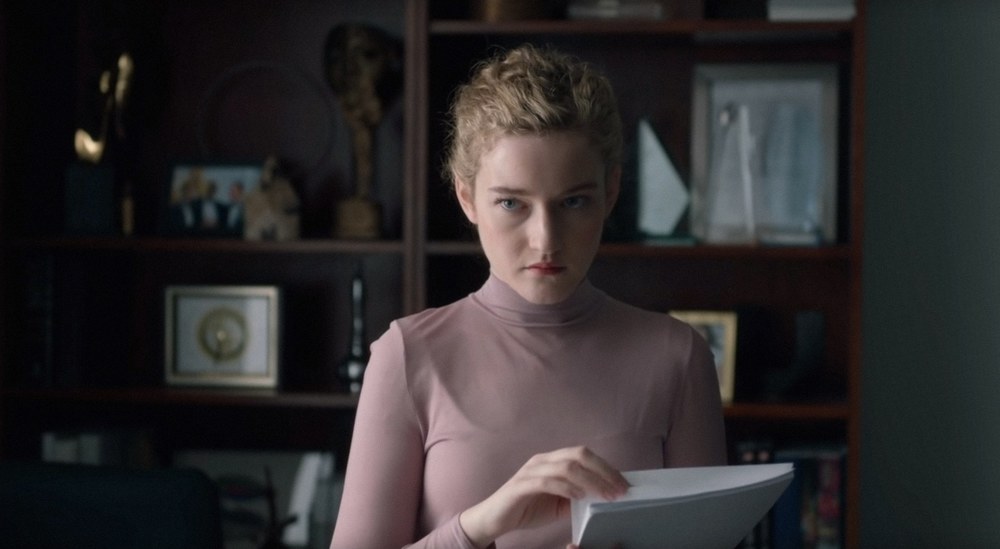 As Chris Matthews and Mike Godwin have both aptly demonstrated, Americans are obsessed with World War 2. It’s as evident in our political analogies as in our prestige films: For every acclaimed World War 1 drama you give me, I’ll name at least a dozen about its successor. This despite the case many historians would argue, that the former was both more profound in its impact and more layered in detail; that those shots fired in Sarajevo began a wave of toppling dominos which would ripple not only to late 1930’s Germany, but to nearly every major conflict of the last century, as ad hoc allegiances frayed and arbitrarily drawn borders inevitably cracked. An opening salvo which gives way to chaos, whose hasty resolution foreshadows dozens of future stories from all across the globe! What could be more cinematic than that?

I think we gravitate towards World War 2 because it’s easier to fit into a great American myth, the Unconstrained Power of the Individual. The lone, maniacal Villain whose wickedness arrives fully formed, capable of bending brainwashed armies towards his singular will. The Heroes who will thwart him by any means necessary, whose flaws only clarify the innate goodness within. We prefer these stories because they’re easy to root for and easy to resolve. Take down Voldemort, cut off the monster’s head, and watch the world restore itself. But that historian’s version about the system of dominos…who do you root for there? How do you fix that?

This may seem an odd way to start talking about The Assistant, Kitty Green’s claustrophobic drama about sexual harassment. But I think media around the MeToo movement often falls prey to a similar myth, choosing to fixate on individual monsters. And there are, to be sure, monsters worth fighting! One took his life in a bunker in 1945; another is presently en route to Rikers Island, convicted on (too few) charges of rape and sexual assault in a conclusion to a saga that began two and a half years prior when heroic women fired a shot heard around the world. That is a profound cause for celebration. We do ourselves a disservice, though, if we let it be the primary narrative; if, in the process of foregrounding the monsters, we obscure the systems that enabled them, kept them in power, will continue to fester long after they’re gone. The truth is that the dominos are still falling, and there’s nothing supernatural about what makes them tip. They’re driven by people. Permitted by us.

What I admire most about Kitty Green’s film is the ingenious way it foregrounds the background. Jane (Julia Garner) is an entry-level assistant at a prestigious film production company, led by an abrasive, egomaniacal boss. The real-life inspiration is, of course, abundantly clear. But rather than throw John Lithgow in a fat suit and shine a spotlight on the monster, Green only lets us experience him indirectly. We never see his face. We never learn his or his company’s name. Even in those rare moments that we hear him, heaping torrents of abuse at Jane on the phone or growling baritone advances in his neighboring office, it’s extremely muffled. Barely audible. None of this is an accident. Teasing apart the dim power dynamics at play means turning up the gain on different frequencies. Means tuning out the roaring beast so we can hear the dominos fall.

The Assistant is primarily about power. About how an incentive structure that rewards extreme devotion can combine with an opaque, distributed decision-making process to enable a terrifying cult of personality. It doesn’t ask “How could one man do something so vile?” It asks “How could this have been tolerated for so long?” As we follow a single day in Jane’s working life, we are given small windows into her boss’s behavior. But the moments that stick with me most are only obliquely about him. It’s Jane drafting a servile apology e-mail while two male coworkers loom just behind her, dictating every word. Jane cleaning up after a breakfast meeting and granting herself just one bite of a leftover muffin; how even this tiny act of self love is made to feel like stealing; the look the execs who shuffle in give her (lodged somewhere between apathy and pity) which only reinforces her guilt. The hellish meeting with HR that acts as the centerpiece of the film, where Jane is made to feel histrionic for daring to state the obvious; the way Matthew Mcfadyen’s dead-eyed representative uses silence as a cudgel; the emotional journey we witness in Garner’s eyes as hope yields to desperation yields to shame and retreat. Power may corrupt, but it doesn’t start there. First it numbs you. Hollows you. Asks for one tiny favor. We don’t need to wait for a damning Ronan Farrow exposé to see how this will be one day be abused or exploited. Listen closely and you’ll hear it already: the perpetual hum of daily exploitation, the abuse in its very design.

This is not an easy movie to sit through, and that is absolutely the point: to communicate complex feelings by immersing us in them. And in that fearless commitment to truth, that insistence on forwarding discomfort to the audience, it succeeds at a task its contemporaries either only scratch the surface of (The Morning Show) or avoid altogether (Bombshell). The direction is marvelously understated, the production design (dim, disorienting, almost Gilliam-esque) is subtly haunting, and Julia Garner gives what is presently my favorite performance of the year. Chris and I discuss it in Episode 589 of The Spoiler Warning Podcast.