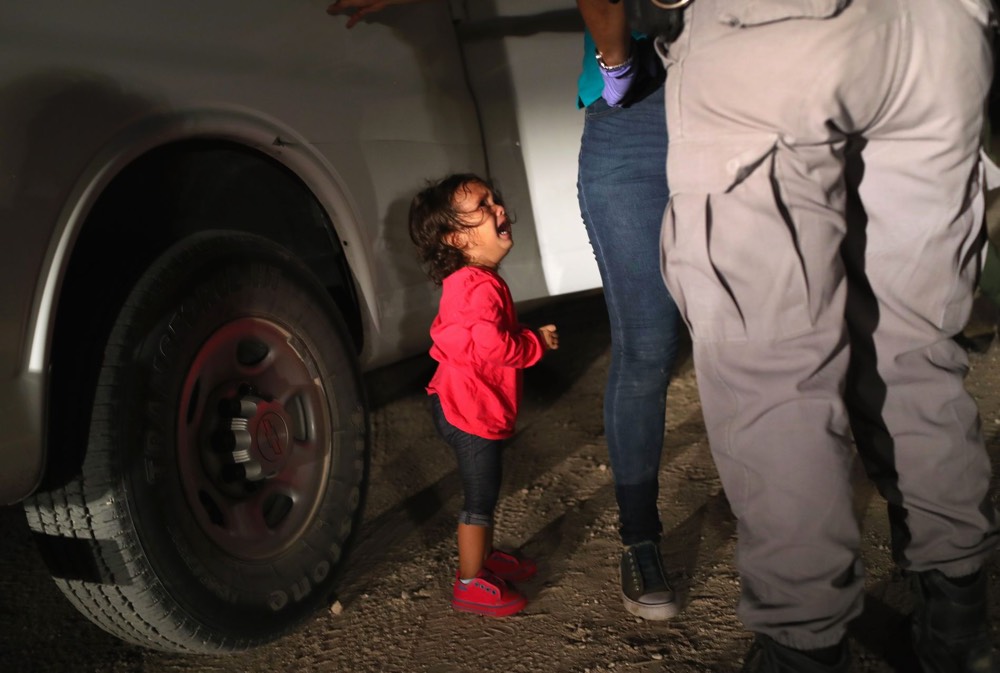 For a week or two now I’ve been toying with an idea for a long-form essay, about The Perils Of Being “Technically Right.” I’d been seeing a trend in various patterns of thought—Men’s Rights Activism, extreme libertarianism, certain theological movements—and felt that, on some level, they were all manifestations of the same problem. Timely, maybe. Not urgent.

Maybe I’ll write that one someday. But the news of the past week—namely, the morally indefensible separation of children from parents as a deterrent for border crossing—added a new sense of urgency. Not because I’m somehow shocked the administration would attempt it: it’s been obvious that our president, and in particular my namesake on his staff, has absolutely no shame on such matters. But because people I know, compassionate men and women with children of their own, feel compelled to play Devil’s Advocate on the administration’s behalf. I think Stephen Colbert summed it up best last night, in a tweet more piercing than any multi-pronged argument I could make:

One thing I know for sure: no one on the right side of history has ever had to nitpick what the definition of “cage” is.

How did we get here? From the Muslim ban to the “free speech” of Charlottesville to the separation of innocent (yes, innocent, by whatever pole you tune your moral compass to) children? How have such obvious statements become so necessary, so revolutionary?

Tiny digression which I promise has point: it might surprise some of you to learn that there’s a movement in American Christianity best described as “Hipster Calvinism.” Popular among young people, primarily those brought up in the more touchy-feely evangelical tradition, it promises to counter Joel Osteen’s toothy aphorisms with solid Biblical truth. Paired, ideally, with black coffee, a cigar, and a combative Twitter feed. Here are the agreed-upon tenets: God is absolutely sovereign, therefore everything, good or evil, was preordained from the beginning of time. Those who are saved are saved by God’s will; those who are damned never had a fighting chance. Here are some frequent side effects: a belief that social justice is, at best, a red herring. An admiration for some deeply flawed (but ideologically pure) theologians, and politicians with similar unerring consistency. A disdain for compassion-based pleas to “accept the gift of salvation” and its perceived watering down of Biblical truth; a preference for the fire and full quivers of Jonathan Edwards. Repent, because you must! Or don’t, because you can’t.

I’m not here to debate theology; I’m sure some will practice such things with none of my blindspots, and frankly I’m just not interested. But I am going to tell you the impact it had on me. At 13, I was obsessed. I trawled message boards. I devoured books whose authors would, one by one, spectacularly let me down in the years to come. I argued with anyone who would listen, and plenty who would rather not. I gossiped, if you can believe it, about other churchgoing kids who didn’t happen to share these views — weakminded, neo-Pelagian cowards who needed a security blanket against the cruelties of Impeccable Logic. I made some of the kindest people I’ve ever known in my life cry, feel less-than, isolated. “Free gift,” “choice”—all so much bleeding heart nonsense. Had they even read Romans 9?

I’m here from the future to tell Younger Me a hard-won truth: you make a few valid points, and more importantly, you are totally wrong. At least about everything that matters. Those statements aren’t just compatible, they’re often complementary: being right about the wrong thing is the most dangerous sort of wrong. I had walled myself into this esoteric bunker of my own design—this subargument of a subargument about which I could form a bulletproof defense—and, in the process, found myself fighting on the wrong side of the wrong war. I might not have been wrong about the literal read of the text (zero desire to weigh in there), but what I chose to emphasize, to the detriment of all else, betrayed my true values. I had chosen cold, intellectual rigor over common sense compassion. I’d burrowed into specific diction, based on narrow assumptions, without ever stepping back and thinking about the world at large—the lives I was reducing to some rounding error in a broader logical framework. All those friends who hand-waved away my concerns with higher calls to “love” and “serve” weren’t weak, or afraid, or dishonest to do so. They were just about ten years ahead of me.

But it felt /good/ to be certain. To be right about something manageable, something I could snark about from my tower of Correctness. And I think, in this world where so much is presented as a war of hyperbole, it’s tempting to latch onto something tiny and concrete. Something you can reason through step by step and, so doing, numb yourself to the bigger picture. Technically the verbiage of a given law is colorblind. Technically giving mothers more decision power than fathers could, in some theoretical vacuum, be unjustly exploited. Technically believing the victim over the accused opens the door for elaborate, orchestrated attacks from malicious actors. Technically if you believe in unconstrained market forces, you must slash everything else to properly test the hypothesis. Technically if a law is a law, it’s meant to be 100% enforced, is it not? Technically free will is an impossible notion however you slice it; technically if we’re all particles governed by known forces, we can no more “choose” something than we chose to be born. Technically freedom of speech has no stated caveats. Technically the law already existed, it just wasn’t wielded this particular way. Technically nothing is cruel if you frame it in a certain light, or zoom in to the pixel level. Technically a camp isn’t a cage.

Forests and trees. Every argument here has some tiny seed of a point to its credit, often based on unshared or incomplete premises. That’s how ideologies gain power: put on blinders, isolate X detail, ignore confounding factors and call it The Real Problem. They don’t win at the end of the debate, they win because of the debate’s existence. They win the moment you play ball and agree to their terms, to set all else aside for a spirited discussion of theoretical end-games and slippery slopes. By granting unconscionable assumptions for the sake of “theory,” you’ve already lost your most powerful asset: the actual, hurting world as you know it to be. You’ll find a treasure trove of compelling-seeming arguments and cherry-picked hypotheticals to busy yourself with, scoring minuscule technical victories and setbacks while the things that matter slip away.

But those who nitpick over the definition of “cage” will always, always be wrong. Just like those who look at social justice and say “but what about…” will always wind up on the losing side of history. They’ll enjoy the intellectual purity, the thrill of a well fought tête-à-tête, and they might even be vindicated with a platform: but they’ll have lost sight of the blindingly obvious. By all means, be open. Be thorough. Check your work twice. And if the derived result runs counter to basic notions of compassion or human worth, burn it all and start again. Don’t let technicalities dull action into apathy. Technically Right is just Wrong with an ego.