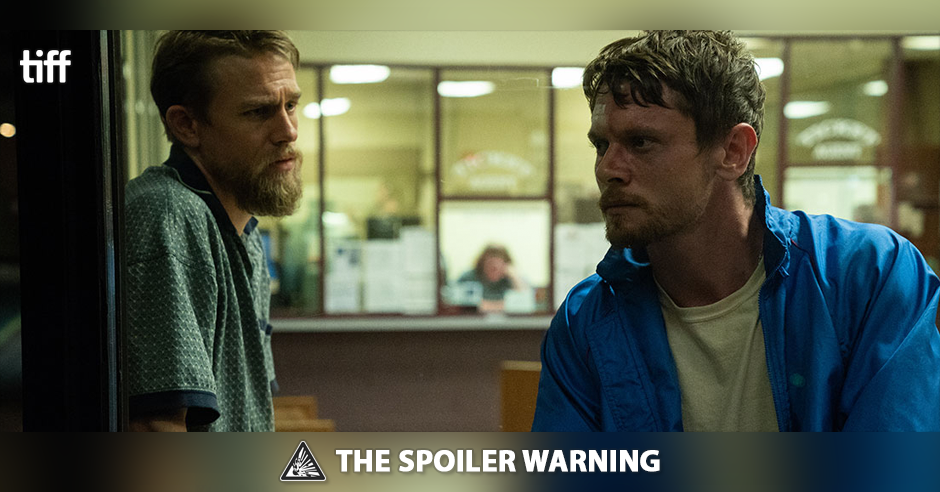 Synopsis: Lion (Jack O’Connell) and Stanley (Charlie Hunnam) are brothers living in blue collar Massachussetts and struggling to make ends meet. Lion has one passion: to be the best bare-knuckle boxer in the business. Stanley’s passion: to help Lion achieve his dreams, by any means necessary. Even if those means are risky, destructive, or — often — downright stupid. When a shoddy bet gets them in trouble with the mob, the brothers are forced to head west to A) compete in a high-prize boxing competition, and B) drop off a mysterious woman (“Sky”, Jessica Barden) along the way.

My take: My feelings about Jungleland are a bit complicated. On the one hand, it’s a remarkably good character study, anchored by two extremely strong performances. O’Connell brings a wily physicality to his performance that I hadn’t seen since Starred Up; Hunnam brings a depth of emotion that I hadn’t seen since…well, since ever. Together, they share exactly the sort of effortless chemistry you’d want from onscreen brothers: an unspoken affection rendered clumsy by ego. Throw them in a fraternal-bonding road trip movie, and they’d be dynamite. The problem? Director Max Winkler wants to make about three movies at the same time: a wistful road trip, a Coen-esque tragicomedy, and a straightforward crime drama. The result is tonally bewildering. At one moment, a character will give a heart-wrenching confession; the next, they’ll veer into some bumbling, thwarted plan, only to end by waxing about some petty sibling rivalry. The film starts promising, and ends precisely where it needs to — a Springsteen-inspired ode to the working class American dream. How they get from A to B, and why any of it ultimately mattered? I couldn’t tell you if I tried. It’s a testament to just how good the cast is, that something this perplexing is still worth your time.

Pairs with: Southpaw, Blinded By The Light, Triple Frontier