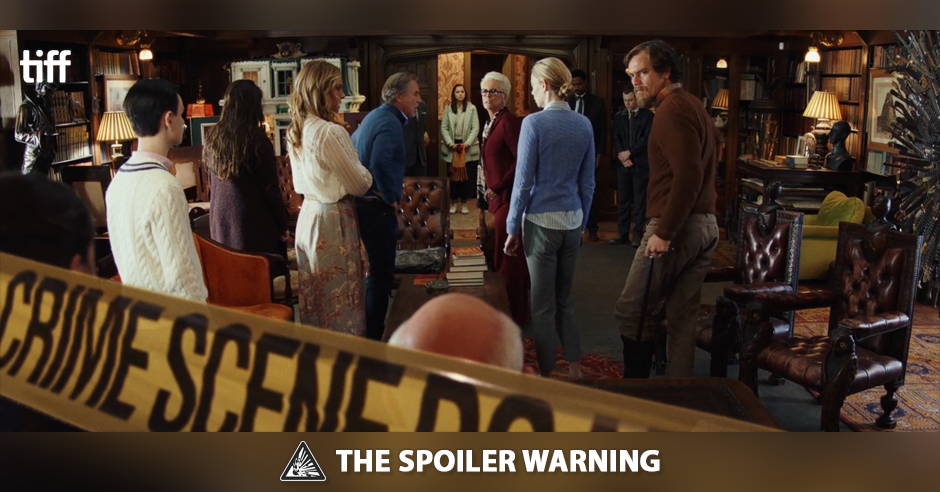 Synopsis: Rian Johnson directs a star-studded whodunnit about a crack detective (Daniel Craig), a dead millionaire (Christopher Plummer), and the half-dozen members of family and staff who may have had a hand in killing him.

My take: From Brick to Looper to (fanboys, sharpen your pitchforks!) Star Wars: The Last Jedi, Rian Johnson is nothing if not a genre connoisseur. He loves to take a subject matter charged with expectations, throw in a wrench that makes them lopsided, and then somehow twist things back to the thrill you thought he was depriving you of. Sci-Fi can’t also be fantasy. A crack detective can’t also be in high school. A kickass Jedi needs a grand, mythic origin story. A whodunnit needs to delay its reveal.

The most shocking thing about Knives Out is that it works at all. Because 10 minutes into this movie, every question the trailer lobbed at you has already been answered. You know the precise nature of the stand-in Mr. Body’s demise. You not only are shown whodunnit it, but you’re shown why they dunnit and how they gottawaywithit. The only question that remains is “What on earth am I going to spend the next 2 hours watching?”

To get the answer, you’ll need to wait and see for yourself. But this I can promise you: nothing will be deflated. By answering the central question up front, Johnson is only leaving room for juicier twists and turns. As we watch our southern fried Hercule Perot investigate a mystery we’ve already solved, the joy becomes about everything else. How will he solve it? What are the systems of rules and locations that govern this story like an old-school logic puzzle? And why are all these innocent people acting so…peculiar?

If I’m being honest, though, all those plot mechanics are just icing on the cake. The ensemble cast is the clear draw of Knives Out, and they more than deliver the goods. Daniel Craig is deliciously silly. Chris Evans is hammy as hell. Toni Collette is scenery-chewing zany, and Michael Shannon is the most Michael Shannon thing I’ve seen since the last Michael Shannon movie I saw. Everyone from Lakeith Stanfield to Jamie Lee Curtis to Jaeden Martell (i.e. “that one kid from IT”) plays their role with the enthusiasm of a kid playing dress-up. And Ana de Armas, the film’s low-key lead, brings an anchor of humanity to the hyperbolic affair. She’s so, so good — and you’d know if I were lying.

Knives Out is exactly what it promises to be: a splashy, throwback blast at the movies. Catch it in the most packed house you can, and avoid spoilers like the plague. Rian will give you plenty of spoilers up front, and trust me, it’s a lot more fun when he does it.

Pairs with: Ready Or Not, Clue