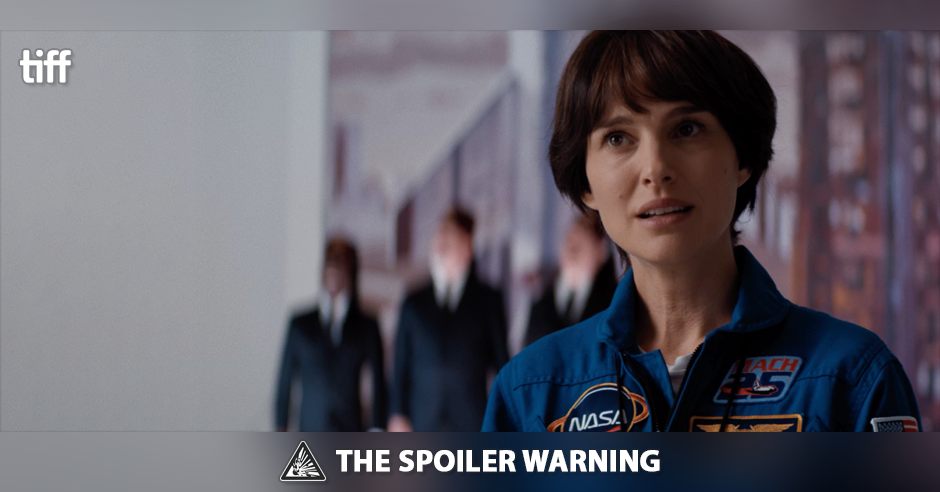 TIFF Update #3: Lucy in the Sky

Synopsis: Natalie Portman stars as Lucy Cola, an astronaut unmoored by an existential crisis. Having just completed her first mission to space, she finds that her old life no longer interests her. Only one goal remains: to get back up there.

My take: This is the first (and perhaps only) film of the festival which I’m comfortable describing as categorically bad. And the root of the problem lies in the script — a muddle of comedy and drama squeezed into an ill-fitting theme that won’t stop announcing itself. At the highest level of abstraction, the film is meant to be about the cosmic insignificance of American life; American womanhood in particular — compared to the vast magnificence of the universe, that charming Houston home with its doting husband inside feels weightless, petty. The problem is, 254 miles down where the film actually resides, virtually nothing about Lucy’s journey supports that narrative. It /tells/ you it does, repeatedly, ad nauseum: here is her crisis, here is its root, here is why it’s thematically resonant, watch me change the aspect ratio every 20 seconds to prove it. But every detail it reveals seems to detract rather than add from its premise; at best, we understand no more about Lucy by the end of the movie than we did in the opening scene. At worst, we find her totally ridiculous. While the trailer sold me a moodpiece that would be /lightly/ inspired by the real-life Lisa Nowack, the final product feels more like a shot-for-shot parody — so much so, that by the time we recorded some 8 hours later, I’d forgotten they had different names. It’s as if Noah Hawley read an article about Nowack, thought “let me imagine what made her tick”, gave up after 30 minutes and pivoted to a True Crime reenactment where San Diego replaces Orlando for budgetary reasons and the diaper store happens to be closed. Portman does admirably well with the cards she’s dealt; she’s got a talent for selling us on messy characters. But even she can’t salvage this mess.

Pairs with: First Man, American Beauty, a blond wig and a diaper bag.