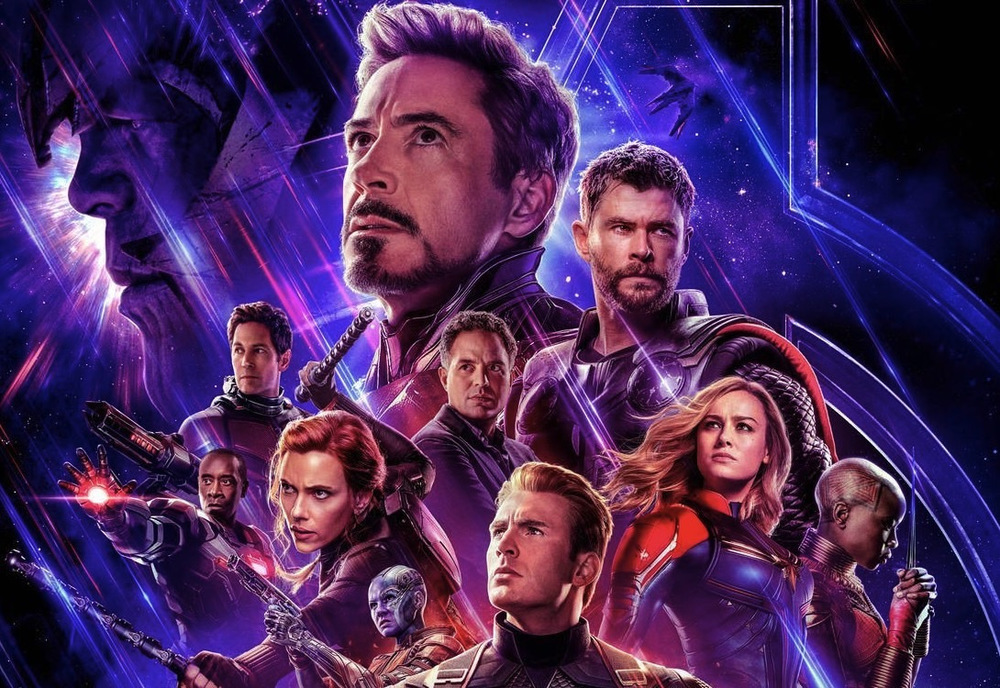 Avoiding spoilers in an Avengers: Endgame review is about as daunting as avoiding a ham-fisted metaphor for Thanos—they’re inevitable, if only in negative space. How can I preserve the delight of an unexpected ending, while describing a film that’s one 3 hour climax? It’s a bad idea, and it probably won’t work. But if Endgame has a message for all of us, it’s that dogged conviction can redeem even the unlikeliest of plans. So let’s tighten those shield straps and get down to work.

As an individual film, Endgame is surprisingly solid. As the end of a series, it’s downright great. But I’m far more interested in the loopy interplay between those two things. The duality of being both final chapter and fresh start; the uncanny way past films weigh on the present even as new moments reinforce, or sanctify, the past; the rush of electricity when a mangy tangle of narrative threads (3 hour film, 6 hour saga, ~50 hour MCU, 11 year culture) converging at a solitary focal point—sending shockwaves that ripple back, tip to root, tidying and braiding past chaos like Chris Hemsworth’s beard. It’s a feat of tapestry that lets Infinity War inform Ant Man 2 to tee up Paul Rudd’s tears to cut Ant Man 1’s zaniness to foreground Scott Lang’s humanity to impart Ant Man the Hero an unlikely seriousness to be undercut by a taco some 12 minutes later—what might have been a throwaway gag, in short, becomes a nostalgic release of something you didn’t know you felt. That’s not a spoiler in any conventional sense; it’s just one of a thousand Goldbergian contraptions that hum whenever a character’s on screen. A single character, that is. When four or five intersect and those gears start turning, it’s a wonder we’re able to feel anything but tired. Yet I wasn’t tired, even at 2 am. on a Thursday. I felt light, giddy, strangely proud. Steering all that heavy machinery into lightness is, I think, the film’s real superpower.

We’ve experienced aspects of this before, of course—even with other 50 hour sagas, even this very weekend. But I’d argue no show, not even That One, could pull off Marvel’s trick. It’s partly a question of breadth: no single series, however expansive, has room for humorless demigods, bald-capped wizards, beige UN councilmen, and talking raccoons; to say nothing of hoo-rah period pieces, retro space operas, fiery political allegories, heist comedies, coming-of-age dramadies, and whatever lifeless genre Bucky calls home. There’s a lot of tone to wrangle, here, which means one massive emotional arsenal. But it’s also about the unique shape films take: the clean start, middle, and end that must be internally satisfying while fitting snugly in a nesting doll of starts, middles, ends. That kaleidoscope of tones housing fractals of micro-arcs—it’s dazzling to see, and I doubt we’ll ever see it again.

So how can I praise a movie that’s all structure, if I’m not allowed to talk about it directly? I guess by saying that Markus, McFeely, and the Russos have pulled off the stunt, and that pulling it off is no small miracle. They do right by a surprising number of characters, including—especially—those I was barely inclined to care about (Captain America, Doctor Strange). They render each Avenger necessary for the end result (count ‘em), and retroactively justify even the silliest of franchises, with Guardians, Ant Man, and even Thor given vital roles to play in the final showdown. They also make room for some improbable solitude, and the cast is more than game to make it count—I can call out specific highlights (Robert Downey Jr., aforementioned Paul Rudd) but just about everyone is on top of their game here for at least a stretch. There’s even some nice symmetry to be had in comparing the film’s arc to the series it resided in: unwinding the clock from heart-wrenching politics to escapist fantasy to spectacle-heavy CG-fest to naive idealism, only to mash it all together in one epic clash. While it’s far from a perfect outing (tune in for plenty of nitpicks, as well as broader complaints about diversity and comic tone) I’d be hard pressed to come up with a tidier way to close something this massive.

It’s admirably clever storytelling, is what I’m saying. And you don’t need to /notice/ that cleverness to enjoy it: if you’ve toiled through this 22-part journey you’re bound to be its benefactor. I am by no means a Marvel fanboy; if anything, I’ve gotten fatigued by it. I’m far more excited about where the franchise is headed, than by whatever it’s left behind. But Avengers: Endgame makes even the most lackluster entries feel meaningful, somehow; it justifies the whole, silly ride. It’s the only film in the MCU I’ve gladly watched twice, and if I had a lick of free time I’d go for round 3. Choose to be a part of this insane cultural moment, conveniently forget that the moment happens to fund one of the biggest corporations on the planet, catch it in theatres on the biggest screen you can, and then listen to our 2 hour deep-dive in this week’s episode of The Spoiler Warning Podcast.