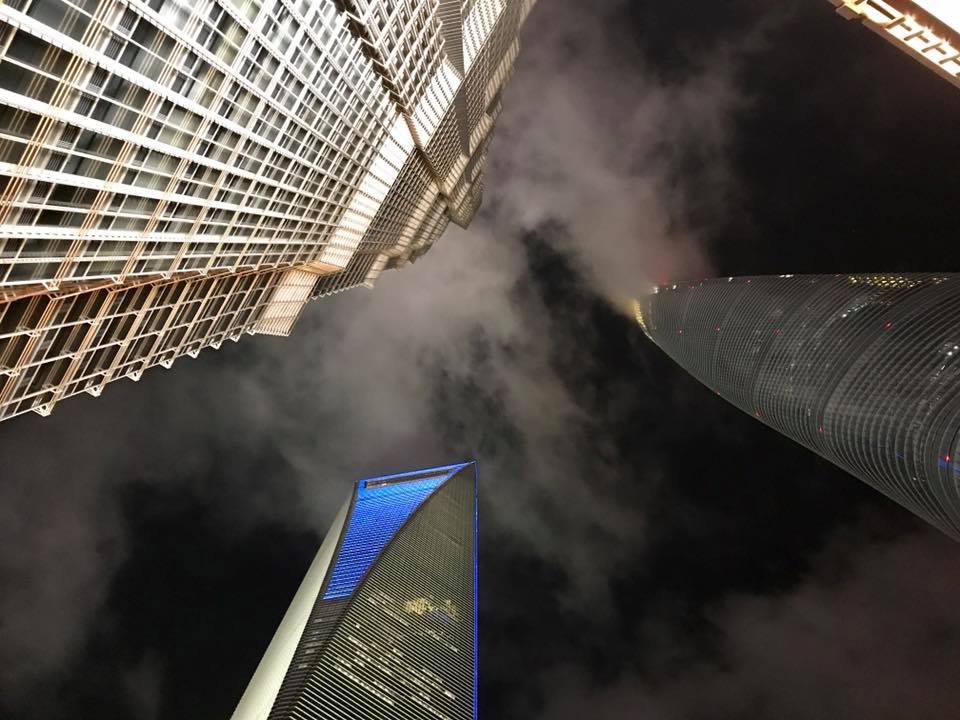 Grand Hyatt, Jin Mao Tower, Shanghai. Sappy nostalgia o’clock. The last time I stayed here was May of 2011. I was 21. It was 4am and I was sitting in the 54th floor lobby, making last-minute changes to my first-ever conference presentation and feeling petrified with dread. I was honestly, non-self-deprecating-ly terrified; certain I wouldn’t be able to get any words out, let alone ones relevant to the subject. That’s not an exaggeration. I would break down crying in front of every professor I’d hoped to someday work with, in a giant convention center on the other side of the planet, all while Sameep filmed it and Pieter and Mario averted their eyes in academic shame. The lobby was dark, and I was totally alone, and I was drinking coffee because I couldn’t fathom sleeping — if I slept it would be morning, and if it was morning then “it” would really happen. Without sleep it still happened, of course, and I’ll never forget that morning’s hollow death march to the convention center with Arjun, or the knot in my hyper-caffeinated stomach, or the plastic smile I forced myself to wear, or the silly pump-up jam (Mumford and Sons’ “Winter Winds”) I’d blast to drown out the doomsday clock’s ticking, or the conference room doors which were all the way in the back and impossible to escape through without making a scene, or the walls’ uncontrollable spinning as the last speaker finished her Q&A, or the zen calm which washed over me when the area chair called my name and I levitated to the podium and realized I’d been worked up over pretty much nothing. I’d be fine then and I’ve been fine every time since, but the lobby was before all that and I was a total wreck. It wasn’t even a question: I knew it was over. I’d have a panic attack on stage, be revealed as a fraud, book an early return flight out of pocket and do something else with my life. At least I’d know I tried, right? In between pointless rehearsals I’d take a sip of my cappuccino, look out at that crazy, blinking skyline, and think “How the hell did I get here?”