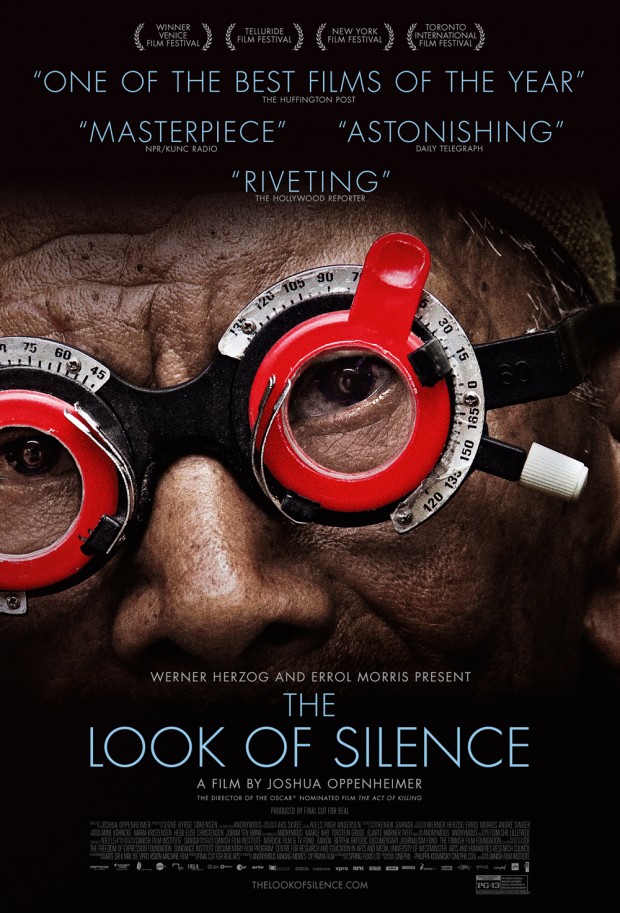 When The Act Of Killing came out, it absolutely ruined me, to the point where I refused to rank or critique it as film. I couldn’t separate its cinematic merits from the devastating truths it revealed. This wasn’t a movie, it was something deeper.

Somewhere in the last year, though, I’ve begun to see this distinction as bullshit. Every film is trying to communicate some truth, and “technical merit” is valuable only insofar as it aids communication. In my review of Selma, I wrote that “exposing tragic truths isn’t a narrative cop-out; communal grief and redemption aren’t cheap tricks.” The Act of Killing does exactly what any great film should aspire to do — it holds a mirror up to humanity. And it does so masterfully. Our vantage point is Joshua’s, a blank canvas upon whom Anwar Congo can project whatever self-image he wants. The damningly revealing (and formally thrilling) result, was that Anwar’s freedom eventually led to his own condemnation; the act of telling shifted his story from “Hero” to “Mobster” to “Monster.” Evil collapses under its own weight.

The Look of Silence continues in the same vein. Only this time, it does more than hold a mirror. It points a finger. Rather than see through the eyes of an impartial mediator, we see others as Adi sees them — the man who murdered his brother, the official who reaped the profits, the uncle who guarded his cell. Unlike Congo, they are not given the luxury of six years of self-reflection. Here is the face of a victim, confronting your sins. How will you respond?

At first blush, this struck me as less inventive — “gotchya” journalism has been around for decades, and the revelation is typically the same: people under pressure are defensive, self-absolving liars. For the most part, that is true of Adi’s interview subjects. I’m not sure how they truly feel, how evil truly looks deep down. It will take years for their defenses to crumble; the camera only has ten minutes.

But the brilliance of Silence is that it isn’t about Evil at all: it’s about Adi, his family, and us. Adi’s quest for reconciliation, and the particular questions he chooses to ask, are revelatory. With such noble resolve, it’s heartbreaking to see what breaks his silence: not the description of horrific murders, but minor details that you or I might gloss over. Whether the Communists indeed “had no religion”, whether they were sexually promiscuous or faithful. Death is too enormous to be undone, but the moral character of his brother — that, Adi can honor. He may not inspire remorse in the culprits themselves, but in their daughters and wives, he can at least find shared humanity. “I’m sure your brother was a good man.” No explicit remorse, no Original-Sin-style guilt required. Just acknowledgement.

Adi’s family does not want to reconcile: justice on earth is hopeless, let God punish the damned. In this sense, their coping mechanism isn’t too far removed from that of the guilty parties. “Let God be the judge”, “I was only doing my duty”, and “Let’s not argue about politics” are vastly different causes for the same effect: inertia. Silence — whether borne of apathy, denial, or despair — cannot enact change.

Which is where we come in. If you’re like me, there are times when you’ll feel conflicted watching The Look of Silence. You’re not entirely sure what is meant to be gained from these conversations, and as you watch an 80-year-old woman beg Joshua not to confront her with her husband’s sins, your gut reaction may be to agree. She is, after all, a terribly tragic figure: one wonders how many years of pain lie behind that protective callous, what trauma that unnerving laughter (shared among nearly all women in this documentary) betrays. I felt a little voyeuristic, to be honest. With her, with the near-senile death squad leader, with the man on the poster who doesn’t want to “talk politics”: yes, they’re wrong, but why force discomfort? Why not let them die in numb denial?

“Why” is the thesis of the film. My absurd aversion to conflict in all things; my desire to write off not just this woman’s ignorance, but that of my own friends and relatives as some unalienable right; our collective instinct to be impartial third parties, “aware” and “supportive” in the abstract over drinks but never daring to be seen among the marchers — it isn’t enough. In The Act of Killing Oppenheimer used silence as a tool to let Evil speak. The Look of Silence tells us that listening was the easy part. How will we now respond?