With the Academy Awards approaching, I thought it’d be fun to cast my own ballot, ranking the nominees from best to worst. Today I’ll do Film, Actor, and Supporting Actor. Director, Actress, Supporting Actress are coming in Part 2.

Intense, visceral, exhilarating on every level. My number one with a bullet.
Deserved Nomination: YES

Singular vision, masterfully executed, its own universe from beginning to end. This is one of those rare cases where that “inside baseball” meta humor the Academy loves is actually deserved.
Deserved Nomination: YES

This is the most likely to actually win, and while I don’t think it was quite as exhilarating as the above films, it had heart to spare. As a cinematic accomplishment it stands entirely alone.
Deserved Nomination: YES

An outstanding biopic, anchored by a pitch-perfect performance and a timely, moving message.
Deserved Nomination: YES

Wes Anderson is a legend, and Grand Budapest Hotel was a wildly fun entry into his made-up genre. It didn’t reach the ambitious heights of some of the other films on this list, but it struck its zany/sentimental tone perfectly.
Deserved Nomination: PROBABLY

Another very solid (if not groundbreaking) biopic, which managed to turn a relatively difficult technical concept into a riveting crowdpleaser with a socially-conscious heart.
Deserved Nomination: PROBABLY

The Theory of Everything (Review)

Imperfectly plotted but never less than charming; carried by a fantastic cast and an eye for good, old-fashioned sentiment (if not science.)
Deserved Nomination: PROBABLY NOT

Showed admirable restraint in its depiction of a controversial figure — so much so that it didn’t seem to have much of anything to say.
Deserved Nomination: NO

Best Actor In A Leading Role 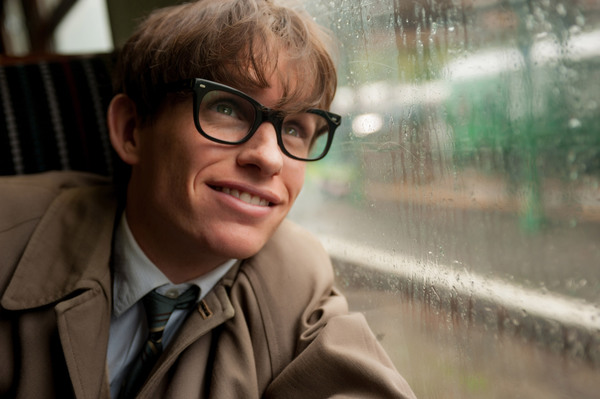 Eddie Redmayne: The Theory of Everything (Review)

While the film itself was flawed, Eddie Redmayne’s physically-demanding portrayal of Hawking was virtually flawless. I’m well aware that playing a “difficult” character automatically gives an actor an aura of greatness that other subtler roles don’t have, but I don’t particularly care. This tour de force blew the others out of the running for me.
Deserved Nomination: YES 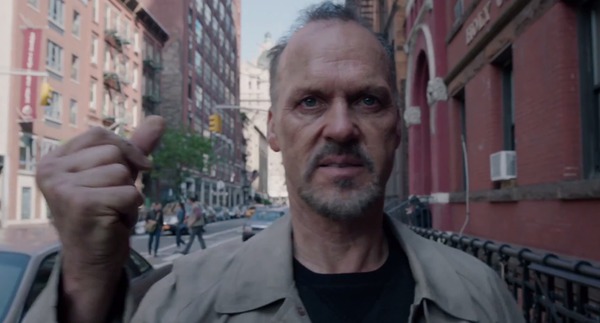 Keaton is a clear front-runner, for obvious, deserved reasons. Nearly every frame of Birdman is focused on him, and he absolutely carries it. Teetering on the edge between manic and profound, he does the role its scenery-chewing due.
Deserved Nomination: YES 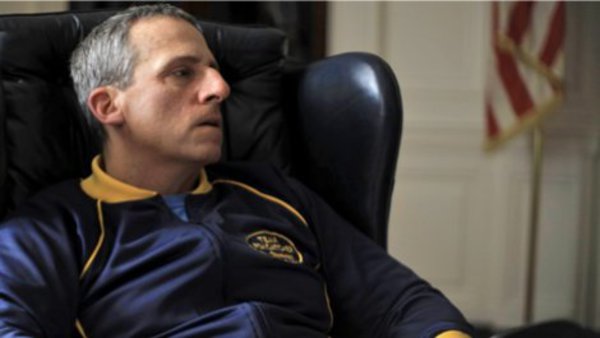 Critics have been torn about Carell’s performance: some called it a transformation, others a distracting misstep. I’m firmly in the first camp. I found his turn as John DuPont chilling, nuanced, and utterly captivating.
Deserved Nomination: YES 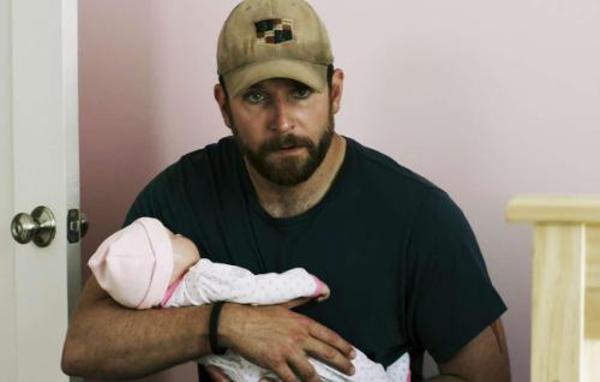 I had my share of problems with American Sniper, but Cooper absolutely was not one of them. He took a role which could have been jingoistic and hammy, and turned it into a subdued, fully-realized character. Whether holding a sniper or a distracting plastic baby, he never felt less than genuine.
Deserved Nomination: PROBABLY 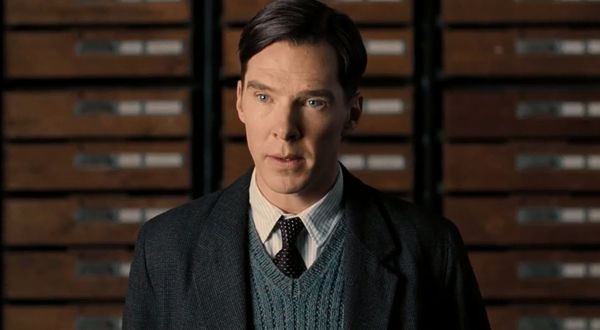 Cumberbatch is only last on my list by process of elimination: he brought amazing energy and fragility to the role of Alan Turing. He isn’t given quite enough to do to best the others, but within the framework of the film, he does everything right.
Deserved Nomination: PROBABLY

Best Actor In A Supporting Role 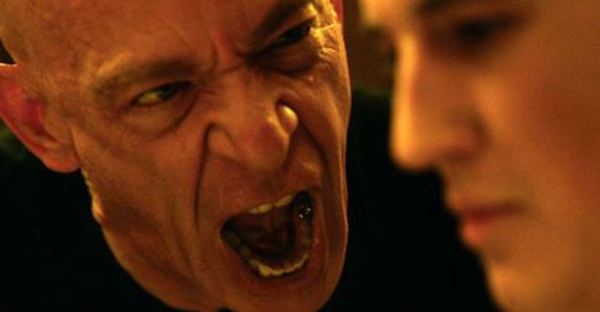 J.K. Simmons will win this, and it will be absolutely deserved. His portrayal of Fletcher is exquisitely terrifying: sitting in the theatre, I was on the verge of (literal) panic, as if he would call my name at any moment and force me to play the next few bars. It’s the control that really gets to you. He masters the quiet, human moments so the loud will feel crushing: at his most unforgivable, you can still somehow believe the twisted, misplaced love that brought him to it.
Deserved Nomination: YES 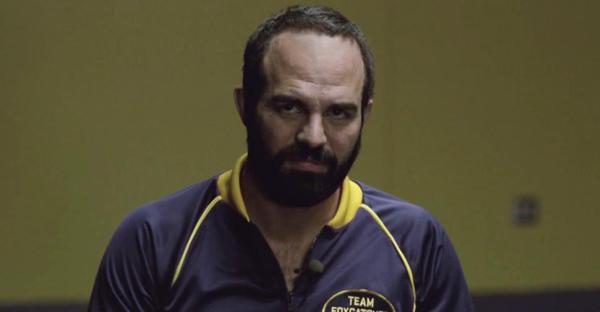 In a chilly film full of monstrous personalities and prosthetic noses, I would never have expected the scene-stealing performance to be a warm fatherly figure. But Mark Ruffalo nailed it, channeling a sort of rugged, quiet kindness that felt distinctly lived-in. From minor vocal quivers to the particularly way he carries his arms, everything felt true.
Deserved Nomination: YES 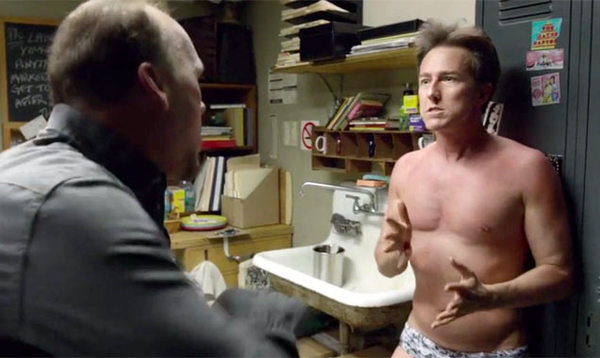 Edward Norton brought a brilliant, self-effacing comic energy to Birdman. One minute he might be waxing poetic about the role of Art, the next he’s smashing bottles and wrestling in his underwear. His ability to mix pretentous, romantic prose with goofy physical comedy is awesome.
Deserved Nomination: YES 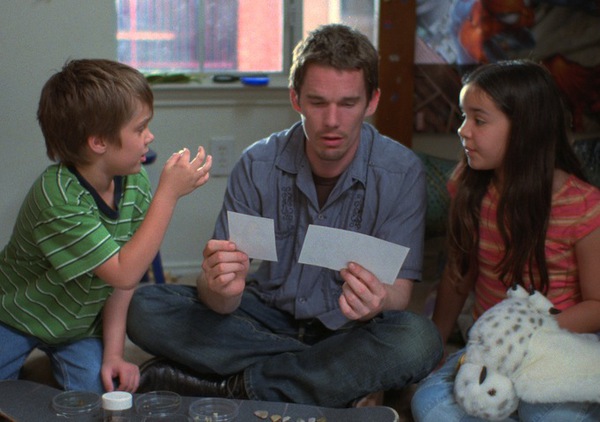 In Linklater’s naturalistic style, it’s hard to recognize actors for doing great work: it’s hard to put a finger on effortlessness. All I can say is Ethan Hawke was completely believable from start to finish as the good-intentioned, ex-deadbeat dad in Boyhood: likeable, imperfect, warm. When the gap between start and finish spans 12 years, I’ve got to give consistency its due credit.
Deserved Nomination: MAYBE 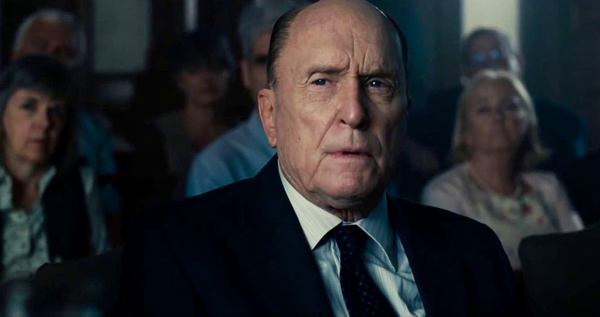 This one is just mind-blowing to me. Other than the fact that his name is “Robert Duvall”, I can think of no reason any aspect of The Judge, particularly the performances, should be nominated for anything. It was fine. Robert Duvall was so blandly “fine” that I’m straining to remember what he did with the character.
Deserved Nomination: NO

Things I wish made the cut: Josh Brolin, Infinite Vice.